The Importance of Jyutping in  Learning Cantonese

B) Confidence and agency

Even if a beginner does not need to learn Chinese characters, a romanization system for Cantonese is still needed. There are about 19 initials, 53 finals, and 6 tones in Cantonese. The numbers of these initials, finals and tones are limited, even the combination of them is limited. If one can master a romanization system, the next time when they come across the same initials, finals and tones, they would know how to pronounce Cantonese. For example, If one has learnt the initial /d/, he would be able to pronounce all the Cantonese words with the same initial /d/.

Moreover, some of the phonemes are easily mixed up. The romanization system is a useful tool to help students distinguish the difference in different phonemes. For example, the 2nd and 5th tone, the 3rd and 6th tones are tones that are easily mixed up. The initials ng and zero consonant, the syllable coda -n and -ng, -t and -k are easily mixed up. Even for people who speak Cantonese as their mother tongue, these phonemes are still difficult for them to distinguish. By checking the phonetic transcription of two words, one would know whether the pronunciations are the same or not. If not, what are the differences?

2. Why do we choose Jyutping?

A) So many options.

Putonghua in Mainland China and Mandarin in Taiwan, have one leading romanisation system that is mandatory teaching for native and non-native students. This is not the case for Cantonese. There are so many ways of romanization for Cantonese, the romanization of a person’s name and streets’ name by the Hong Kong Government is a way, and the informal romanization used in Whatsapp is another way. Formal systems like Yale and Jyutping are the leading methods used in formal Cantonese teaching. Scholars typically use International Phonetic Alphabets(IPA). This diversity and variety are not very common compared to other characters like the hiragana and katakana used by the Japanese, and Hangul used by Koreans. Why we choose Jyutping is worthwhile explaining.

In order to choose a suitable romanization system, it has to meet the following requirements.

The romanization of a person’s name and streets’ name by the Hong Kong Government and informal romanization used in Whatsapp would not be considered, because these two systems do not meet requirements a and b. For example, 「邨」could be transcripted to “tsuen” or “chuen”, “ts” and “ch” represent the same phoneme, violating requirement a. “Chun” is used to transcript 「俊」and「珍」, “un” is used to represent two different finals “eon” and “an” accordingly, which violates requirement b. Moreover, these two systems do not mark tones, so that these are not a good way of romanization for Cantonese. Many taxi drivers and passengers will attest to having experienced mild anxiety in getting destinations understood.

Most dictionaries use Jyutping. IPA is very exact. So why is Jyutping chosen, but not IPA? Our digital lives have one more requirement to consider.

Theoretically, IPA can transcribe all human verbal languages, that is why there are so many characters in IPA that are not Roman characters. IPA is very exact, one single symbol only represents one phoneme(or one phone). For example, IPA’s /ŋ/ corresponds to ng in Jyutping, /ŋ/ is only one symbol, ng is two symbols. However, the pronunciation /ŋ/ cannot be broken down to /n/ and /g/. IPA’s exactness comes at the cost of convenience in typesetting and data entry.

In learning Jyutping, Hong Kongers who speak Cantonese could know the precise pronunciation of words in Cantonese (and Chinese Characters). Jyutping is also a powerful tool for people to learn Cantonese with zero foundation. Jyutping can be an input method for most Hong Kong people and digital content creation by machine translation. Jyutping is not just a phonemic transcription, but also a necessity in learning Cantonese.

Learning Jyutping? Grab a native Cantonese speaker to give you a hand and find resources here 10-week Course for Jyutping Typing

中文版全文請去呢度。The full version of this article in Chinese is available here. 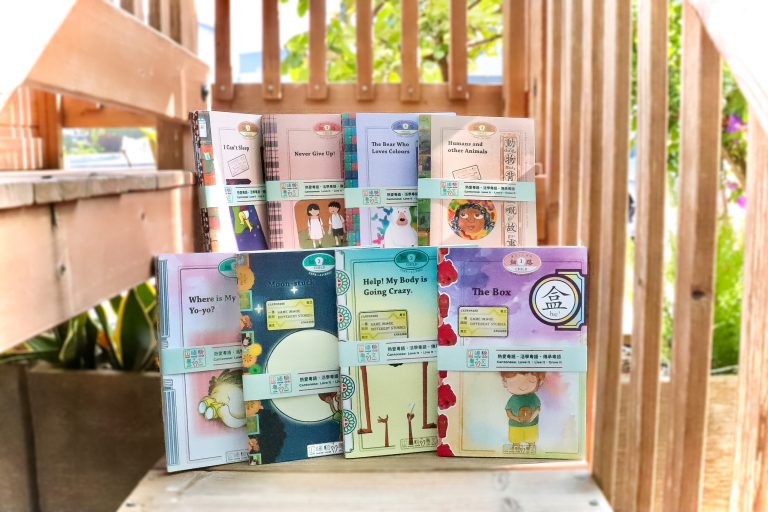 We are a trilingual family with English, Cantonese and Italian spoken in the family. Once my daughter started going to school, I struggle a lot to help my daughter keep the Cantonese. Naturally, she mixes a lot of English in conversation with me. Not to mention about the reading and writing. I feel I’m losing the battle and the school is winning…! She can finish read a whole book in English but she can’t do so without me when the books are in Chinese. I enjoy the reading time with her but I can see that she doesn’t have much interest in learning reading Chinese much. She found it too difficult for her. Fortunately, there is this excellent graded Cantonese reader. I really appreciate how the Jyutping helps my daughter read INDEPENDENTLY. I did hesitate because I did try to avoid any English with her at home. But instead of fighting against it, I found out that using what she found easy (English alphabet) to build on her Chinese reading is a good approach. The most important thing is, this builds her independence in Chinese/ Cantonese stories reading. In turn, her confidence and interest in the language come back. I still remember the smile she had when she found herself able to read nearly the whole story herself.

I can’t praise this graded reader enough. And I highly recommend overseas Cantonese parents invest in buying the set.

We have just gone through the first five books and have been very impressed with the quality of the books and the reading experience. Rather than having to translate Chinese text to tell a story in Cantonese, the graphical Jyutping has enabled my little ones to read directly in Cantonese. I also like the variety of stories and appreciate how they promote diversity and inclusion. Thank you so much!

All three of my daughters really enjoy these Cantonese readers. We are from Australia and live in Japan with Hong Kong heritage background.

My daughters speak English from home, Japanese from school and Cantonese has ended up being a third language, even though I have been trying to speak as much to them as I can since they were born. Since my daughters don’t speak much Cantonese and my Chinese reading ability is low, it has been difficult to find books to read to them. These readers have become a catalyst in igniting my children’s interest in Cantonese. My 9 yo really enjoys being able to ‘read’ Chinese by reading the jyutping. Since I help her, she’s learning to read with the proper tones but using the jyutping as prompts. Reading out aloud also helps them familiarise themselves with Cantonese grammar structures that they’ve heard me speak but have not yet been made concrete in their minds. At the same time, she is also learning to recognise Chinese characters. The stories in each of the readers, though simple, are well crafted, and each of my daughters have a favourite. I also love how the stories relate to Hong Kong life and they are subconsciously being introduced to life in Hong Kong. Finally, the comparison chart between the spoken and written Chinese at the back gives the opportunity for an additional layer of study if desired. I’m so thankful for these readers! I finally can see a way forward in helping my kids learn Cantonese.